I’ve been fortunate enough over the past two weeks to be able to find time to attend both TechEd and Project Ignite here in Australia, (thank you to my customers for giving me the time away! – you know who you are) so after all that time spent with the people from Redmond I want to do a full write up of what is new in the new version of Project and SharePoint soon to be with us.

I’m going to break this up into a few sections to focus on the relevant areas by audience detailing what it actually means to you, but to start with a quick summary as I see things;

In no particular order;

What’s New for your PMO

Typical users of Project including Project Managers, Business Analysts, Executives and even just Timesheet users will see a number of benefits in the New Project;

Firstly the changes to the scheduling engine although very technical is one easily overlooked great new feature, not only will brining new features into Online Editing in PWA allowing organisations to streamline various business processes where in the past users had to switch between the web client and the desktop client, but quite simply it will save on licensing costs when even less users require the full desktop client!

Next, in the past I often have overlooked Project Pro reporting capabilities, admittedly because the old Visual Reports have changed little since 2003. But now the old has been thrown out and replaced with a totally new way of reporting, add to which some new fields showing cumulative data makes quick effective reporting on project schedules a snap.

Apps for Project and SharePoint is a completely new and I expect in some minds under-appreciated new feature. The potential of fully context sensitive, user relevant and yet accessible apps designed to support and extend project task information combined with server data, SharePoint and even 3rd party data may not be immediately obvious, but if you doubt the potential then just watch this space.

The changes to Demand Management are long overdue, no longer will you or your consultants need to spend time and money to build custom developed workflows when now they can now be built using familiar and accessible tools like Visio and SharePoint Designer.

Finally Project Online, if you are not already online with your EPM (ahem – blatant plug), then this could well be the killer feature for your team or organisation. Try it out now online and see for yourself: http://www.microsoft.com/project/en-us/preview/default.aspx

What’s New for IT Departments

Many people I spoke to the past few weeks described this as a ‘plumbing’ release, in other words one focused on improving the backend more than the frontend. I have to agree to an extent, although a number of the features mentioned above already make it well worth the upgrade for any IT Department, when you dig deeper the benefits for those tasked with supporting and developing this are significant.

Firstly not mentioned in the Top 10 above; Performance. A number of changes like the database consolidation, the direct data access from the web tier among many many others make this release noticeably faster than anything before it!

After performance one of the most common deployment related issues with Project Server is the specialty skills needed in addition to the already hard to come by SharePoint skills most IT departments covet. This release brings a number of features to improve matters here; SharePoint Permissions mode alone removes the biggest excuse most SharePoint admins have for not supporting Project Server on SharePoint!

Reporting and BI although often more a PMO function I’m going to include down here due to the technical nature of many of the improvements, OData for one is entirely backend in nature, however when combined with some of the features of PowerView (or PowerPivot) it makes consolidated fully interactive and dynamic reporting a snap.

Finally developers will love and hate this release, a completely new set of API’s for Project Server (and SharePoint) resolves a number of pain points we’ve all experienced with the Project Server Interface and SharePoint Object Model. But of course will bring with it a whole new set of limitations and drawbacks! However when you read between the lines you can only come to one set of conclusions; new API’s to learn (CSOM), in some cases new languages (JSOM) and finally when you think it all though plan for the eventual deprecation of the old interfaces. Yay, I love learning don’t you? :)

Links to find out more

Try Project Pro 2013 Preview for yourself:

Thanks Christophe, Jan, and all the other great speakers at TechEd! 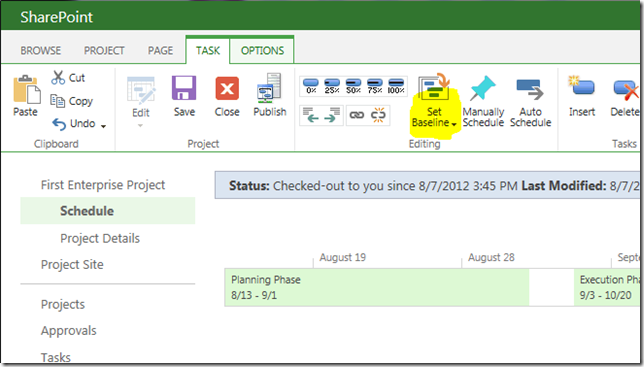 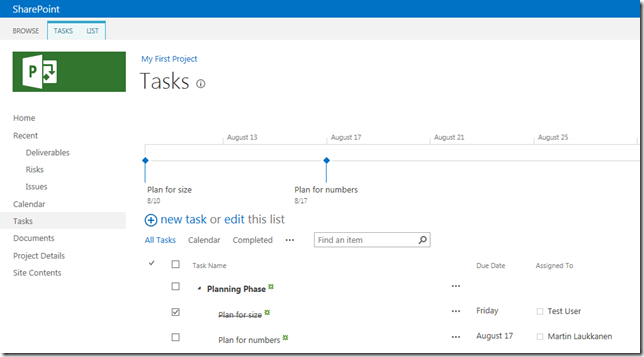